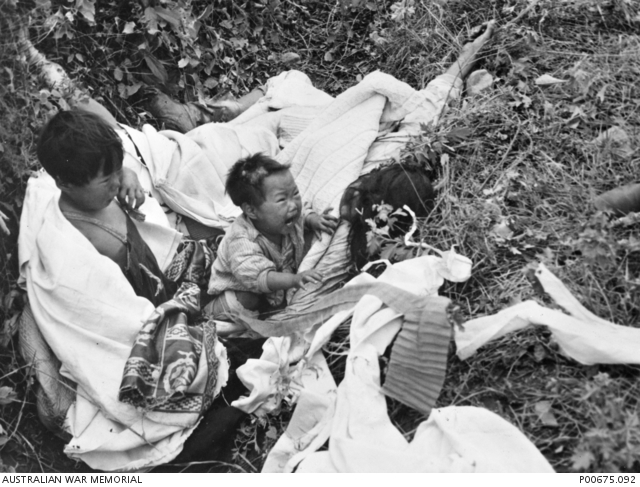 A Melbourne Age photographer, Lambert was in Korea from October to December 1950. This was a key period for UN forces, when North Korean forces were pushed from the south to the Manchurian border in the north. Many of Lambert’s photographs feature images of the humanitarian work undertaken by UN troops, which are contrasted with photographs depicting the destructiveness of Communist forces. Images of young children crying over the body of their dead mother sit beside those of UN troops carrying a wounded Korean child to safety during the capture of Sariwon, a town in the north that had been a centre of Communist military activity. These images were juxtaposed by the Age on 25 October 1950.

Lambert’s photographs featured regularly and prominently in the Age between October and December 1950, during a period of tremendous success for the UN forces, including the important battle of Pakchon of 5 November. Significantly, the time delay between taking and publishing photographs was just a matter of days; the paper took pains to make it clear to readers that the photographs were delivered by air directly from the front. 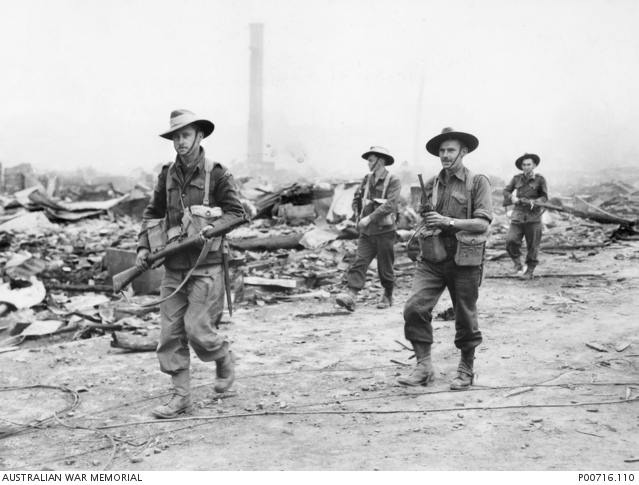