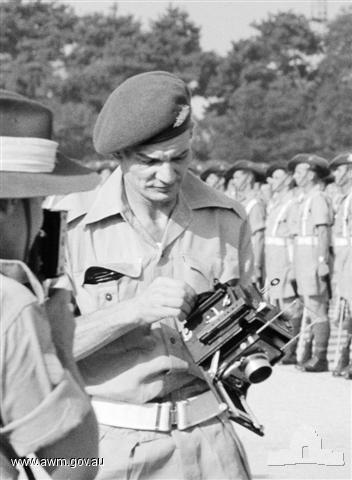 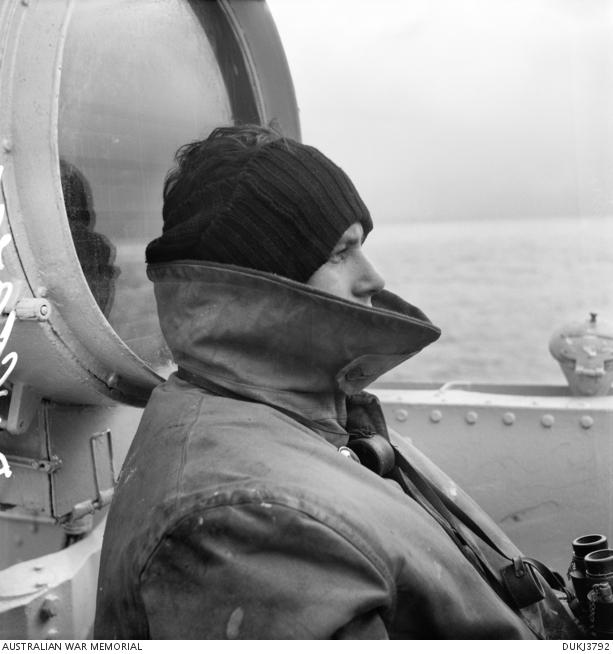 Dunkley made one trip to Korea from his base in Japan, in March 1951. Before arriving in Korea he spent time with the Royal Australian Navy patrolling the Korean coast. Once in the country he covered a broad range of subjects. He made many studies of the everyday life of the Korean people, including views of women washing by rivers and people conducting business in the cities of Seoul and Pusan. He also spent time with the men of the Royal Australian Air Force’s 77 Squadron making portraits and images of work to promote their activities at home. 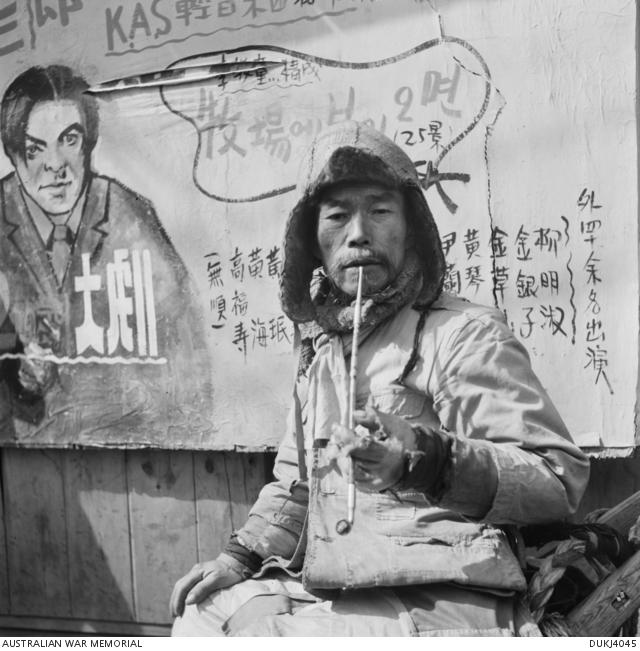