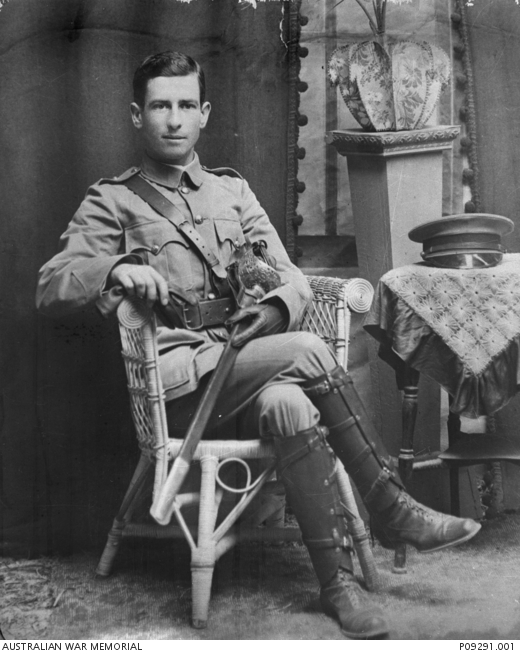 Studio portrait of Lieutenant (Lt) William Stewart McKay, 50th Battalion from Croydon Park, South Australia. A 24 year old tailor prior to being appointed a Lieutenant in the AIF on 16 September 1915, he embarked for overseas with the 5th Reinforcements from Adelaide on 21 September 1916 aboard HMAT Commonwealth. Following further training in England, he joined the 50th Battalion in France on 13 February 1917. After six months with the 70th Battalion in England, he re-joined the 50th Battalion in France in December 1917 and was killed in action at Villers-Bretonneux on 24 April 1918. Lt McKay is commemorated on the Australian National Memorial at Villers-Bretonneux, France with others who have no known grave.